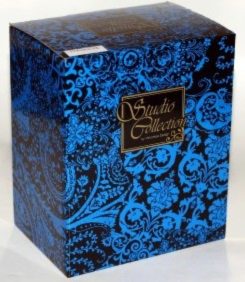 Delivered to You in 1-2 days

Return within 30 days for full refund or exchange

Yemaya is at first believed to appear as a river goddess of the Yoruba in Nigeria.  She is a nature spirit, which is a powerful guardian spirit that reflects an important aspect of the God of the Ife region.  When Yoruba people were hoarded and brought onto the slave ships as captives, they brought Yemaya with them, therefore becoming the Goddess of the Ocean.  She is often depicted as a mermaid or simply a beautiful woman standing amidst the waves bringing comfort and inspiration to the people who are taken far away from their homelands.  She represents the essence of motherhood and she is worshipped in many countries such as Brazil and Haiti.

Veronese Design is a brand well know all around the world. Products with the Veronese signature are high quality decorative items, figures, sculptures and statuettes. They have a huge creative team that have contributed to over 1000 different designs ranging from wildlife to dance to mythology and the classics. They mainly focus on bronze.

What Our Customers Have to Say About Our Service...

"Hi Ben, the rather heavy bronze arrived today, thank you for your great service and excellent statues. many thanks"

"Just to let you know that the figurine arrived this morning - in plenty of time to take as the wedding gift as planned. I would just like to thank you for being one of the few companies who actually deliver within the time specified. Also the figurine is exactly as described on you website. Many thanks once again, "

"Not a question, just a great big thank you for the beautiful Samurai, and the quick delivery. The picture doesn't really do it justice. Thank you again"